“To dispute with a drunkard is to debate with an empty house.”

“To do two things at once is to do neither.”

“We all seek to know whether we shall be rich; but no one asks whether he shall be good.”

“The plainer the table, the more wholesome the food.”

“Conquest over one’s self; in the hour of victory, is a double triumph.”

“To spare the guilty is to injure the innocent.”

“It is well to moor your bark with two anchors.”

“Learn to see in another’s calamity the ills which you should avoid.”

“He keeps furthest from danger who looks out while he is safe.”

“Consult your conscience; rather than popular opinion.”

“We tolerate without rebuke the vices with which we have grown familiar.”

“Patience is a remedy for every sorrow.”

“The gain acquired at the expense of reputation, should be counted a loss.”

“Wisdom is acquired by meditation.”

“While we stop to think, we often miss our opportunity.”

“Whatever you can lose, you should reckon of no account.”

“Reflect on every thing you hear, but believe only on proof.”

“Preparations for war should be long in making, that victory may be the more speedy.”

“Avoid the sweet which is like to become a bitter.”

“The less a mortal desires, the less he needs.”

“For him who loves labor, there is always something to do.”

“The wretched reflect either too much or too little.”

“We should keep our word even to the undeserving.”

“The wise man corrects his own errors by observing those of others.”

“The master is a slave when he fears those whom he rules.”

“Endure the heavy burdens, and you will the more easily carry the lighter.”

“Bear without murmuring what cannot be changed.”

“You should hammer your iron when it is glowing hot.”

“A great property is a great bondage for the owner.”

“The gladiator lays his plans after he enters the arena.”

“There are some remedies worse than the disease.”

“A fire can be seen at a great distance when it gives no heat.”

“Would you have a great empire? Rule over yourself.”

“Any one can hold the helm, when the sea is calm.”

“The error repeated is a fault.”

“He who chases two hares will catch neither.”

“A long life makes acquaintance with a thousand ills.”

“A noble spirit finds a cure for injustice in forgetting it.”

“It is a bad plan that admits of no modification.”

“The fear of death is more to be dreaded than death itself.”

“Seek to please many, and you seek a failure.”

“A rolIing stone gathers no moss.”

“Fear never advanced any man to the highest standing.”

“That is not yours which fortune made yours.”

“Don’t consider how many you can please, but whom.”

“Put more confidence in your eyes than your ears.”

“Every day should be passed as if it were to be our last.”

“There should be no disagreement between our lives and our doctrines.”

“Be your money’s master, not its slave.”

“It is the soul; not the body, that makes an enduring marriage.”

“He who has plenty of pepper, will pepper his cabbage.”

“Harken rather to your conscience than to opinion.”

“When you have good materials, employ good workmen.”

“Pardon one offense, and you encourage the commission of many more.”

“You should tell no one what you wish no one to know.”

“No one knows what he can do till he tries.”

“What do you need of money if you cannot use it?”

“Who has the greatest possessions? He who wants least”

“What we fear comes to pass more speedily than what we hope.”

“It matters not how long you live but how well.”

“Don’t turn back when you are just at the goal.”

“No good man ever grew rich all at once.”

“Prosperity is ever providing itself with anxieties.”

“You can obey a request much better than a command.”

“Better be ignorant of a matter than half know it.”

“Bright faculties are the source of wisdom, not length of years.”

“It is late to guard against evil, when it has already come.”

“If you are a mariner, let landsmen’s business alone.”

“The greatest of empires, is the empire over one’s self.”

“Glory is apt to follow when industry has prepared the road.”

“Fools stand in dread of fortune, wise men bear it.”

“It is foolish to complain of the misfortunes which have come to pass through your own fault.”

“It is folly to punish your neighbour by fire when you live next door.”

“It is folly for him to rule over others who cannot govern himself.”

“The poor man is ruined as soon as he begins to ape the rich.”

“He who conquers his passions is a man of more nerve than he who subdues the enemy.”

“He who subdues his temper vanquishes his greatest enemy.”

“You should not lead one life in private and another in public.”

“I have-often regretted my speech, never my silence.” 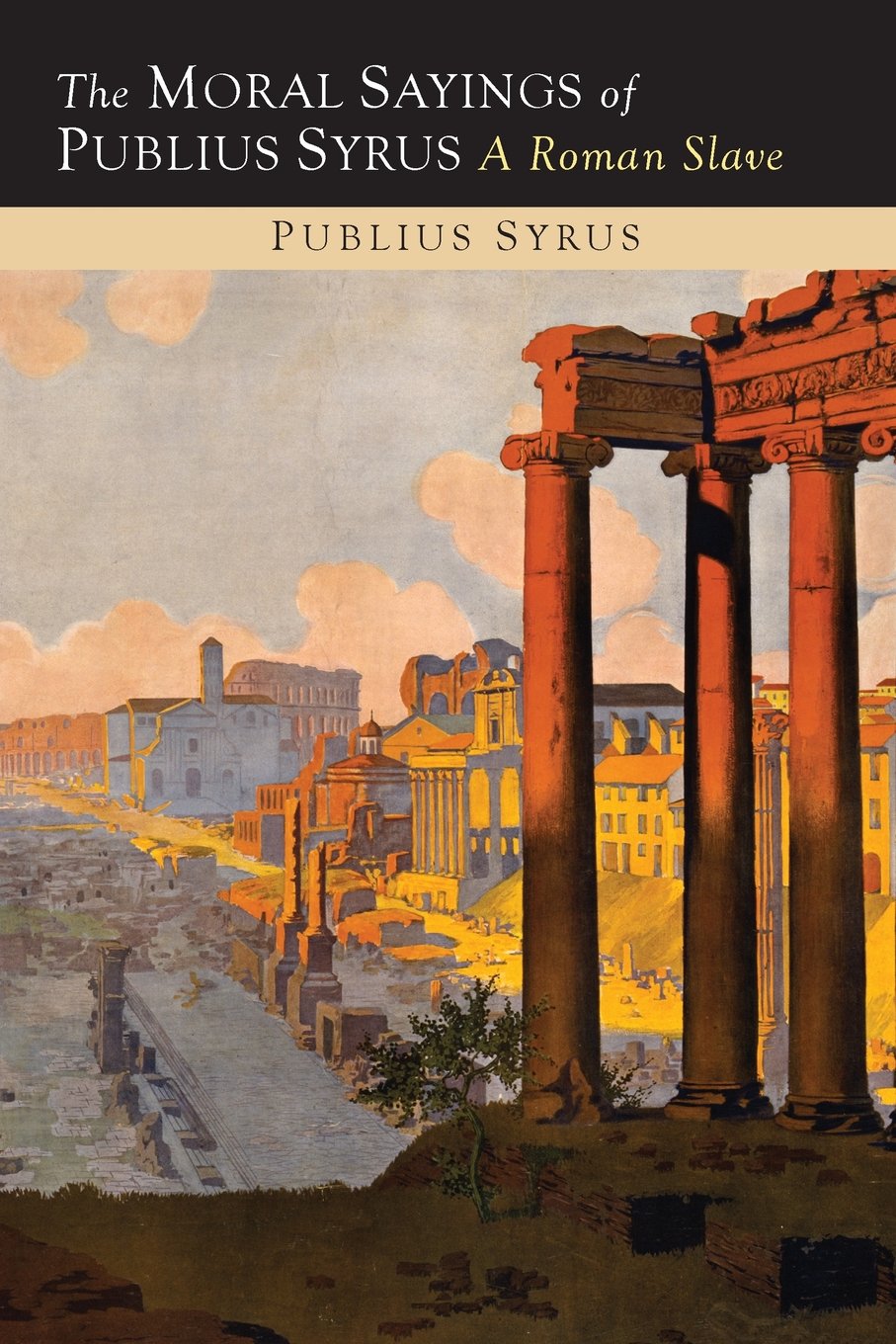