Robert Kiyosaki: Second Chance: for Your Money, Your Life and Our World Book Summary

As you might have guessed, Robert starts with the past. He recalls meeting a friend whom he had not seen in a while.

Robert was slightly shocked seeing his friend working at Starbucks.

What are you doing here, he asked?

His friend replied that after the market crash in 2007 he lost his job and house. He burned his life savings and was forced to apply for a low paying job.

He even enrolled in University to get a Master’s degree.

Well, what else can we do? – he replied.

Robert paid for his coffee and hit the road.

Out of this life-situation, Robert wants to point out some irrefutable business realities:

In the past, the landlords were the ones who nowadays we’d regard as rich. They controlled, embezzled, and utilized resources available at hand.

The ordinary person, however, without any ties to the aristocracy, was destined for hard labor.

In the age of digital expansionism, where access to valuable information is often free, why aren’t more people rich? It takes knowledge to process information into practical expertise, and when you are going to Universities, you are not taught how to do that.

The birth of the lost generation is yet another phenomenon that plagues society. It’s merely an illustration of the college-educated generation which is not able to find a job that matches their level of ambition.

Such reality lowers their earning potential during midlife years and leads to an increase in debt.

It might come as a shock to you but, student loans are rarely forgiven. In other words, even if you declare bankruptcy, there’s hardly a chance that you’ll get past the expensive journey you undertook in your early adulthood.

Kids who leave home, only to return broke and in total hopelessness.

The best way to look at the future is by being critical of the past.

What are the key indicators that foreshadow an economic malaise?

Robert Kiyosaki gives a lot of credit to Dr. Fuller who taught him how to predict the future and how to capitalize on emergencies.

Politicians will continue to sweep the problems under the rug, and it’s your job to take care of the financial future.

People struggle because of a lack of financial knowledge, and the inability to distinguish between assets and liabilities.

Rich Dad believes that getting financial advice from someone who doesn’t eat unless they sell you something, is a dangerous game.

According to Warren Buffett, it’s of primary importance to understand the difference between a sales pitch, and valuable financial advice.

We hate to rock your world, but those who place trust in the government to take care of them are in for a big surprise. 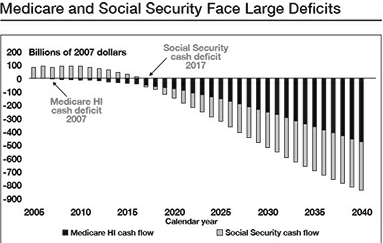 The Obamacare act was greeted with admiration and delight.

The Social Security Act made life easier for the WW2 generation but at the expense of the Vietnam War Generation.

Only time will tell whether the Obama Act will become a Social and Medical liability or better yet a “Burden” for the upcoming generations.

Robert Kiyosaki asserts that the real instigator of Economic Slumps is our external-makeover mindset.

What does it mean?

It points out that one’s yearnings and lust for status, doesn’t help you to become wealthy.

Appearing is much easier, than actually being, to say the least!

Second Chance, as an aspect, must be brought into line with the process of metamorphosis. Can you turn into a butterfly and, fly away?

We all have this potential, but not everyone is cognizant of its abilities.

So, the real question is – What is holding you back?

Robert brings up the importance of being able to read your financial statement. And yes, you would argue that you already know how to do that, but that’s usually not the case.

These days, people prefer to look richer by distorting the actual reality.

Even with higher income, they can’t keep up with the incurred liabilities. 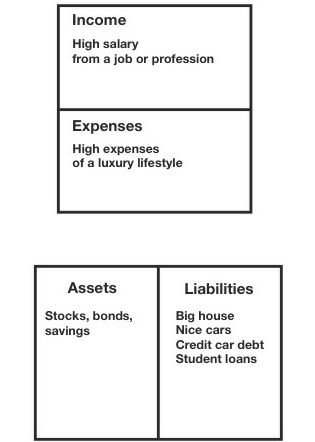 It took us 25 years to get out of the Great Depression (1929-1954), and the Federal Government did nothing in particular to appease the suffering. New policies were enacted in the 30s, and the WW2 period, but to no avail.

What does that tell you?

The main thing no one has ever told you is that rich people don’t work for money.

They try to own the means of production; they are not in pursuit of higher wages, etc. In other words, they are entrepreneurs from top to bottom. They nurture an entrepreneurial spirit which helps them to see the world through the lens of possibilities.

The second chance you’ve been praying to get is finally at your doorstep.

In any financial statement, there are four basic asset-classes you can stumble upon:

Just take a moment, and find out which one of these appeals to your entrepreneurial nature, the most.

From what we’ve been told, it’s easy to see why “savers” can’t and will not get rich. The quick rich scheme should also be discarded, not that miracles don’t happen, but you shouldn’t count on luck to do all the heavy lifting.

Kiyosaki shares his past fondness for commodities, gold & silver in particular.

Before you lay out the type of investment you would want to venture in, it’s critical to exhibit some kind of love towards the process of building that asset.

And last but not least – find out the game that could bring you money or the one you love to be a part of. History has shown us that a blend of commitment and passion increases the likelihood of a positive outcome.

Why does the education system skip the part about managing finances?

The fact that students learn nothing about money is why they end up drowning in debt upon graduation.

When you deny education to certain groups (like slaves or women in the past), you are in control of their destiny. In some parts of the world, this practice is still around.

Believe it or not, the person who signs the paycheck exerts a lot of influence over the receiver.

The idea work harder doesn’t seem to make any sense – Why?

Because the more you earn, the tax-percentage gets bigger. And, that’s a clear indication of why the middle-class is shrinking with each passing generation.

Are the rich gaming the system?

That’s exactly what financial education does; it teaches you how to save your earnings and eradicate liabilities. 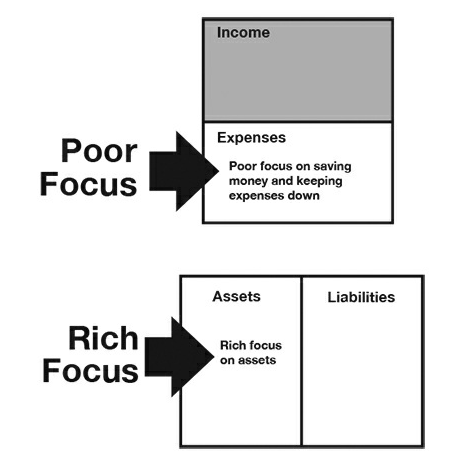 If you are working to produce Cash Flow, you are on the right track.

However, if you are more into getting a higher paycheck, then you have the mindset of the Poor Dad.

You want to watch out for debt and taxes because they will rise proportionally with your paycheck.

Robert Kiyosaki is a great fan of playing games that could help you think critically. In the meantime, you are getting ready for the actual world.

Mistake-learning method is the only one that can be deemed effective.

But what about education?

It’s more important than ever, but that doesn’t mean that by going to college you’ll get what you’ve bargained for.

When it comes to the United States of America, which of the following poses a greater menace to national security? 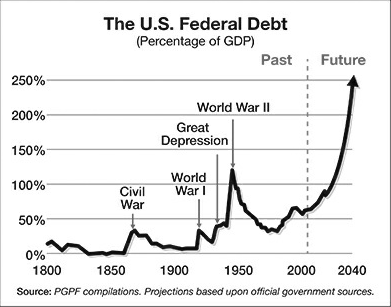 The proper answer would be – Both!

The future is not pretty with regards to the US economy. Financial education is not being delivered, and the nation is in deep slumber.

Is there a way to turn the tables on this?

Faith is much better than belief.

Having unshakable faith is your ticket to financial freedom, and it opens up the door for getting a second chance.

On top of that, we live in a Start-Up world.

Everyone dreams of becoming the next Elon Musk, or Steve Jobs.

However, nine out of ten business fail within the first five years.

The reason for their failure is what Robert Kiyosaki calls – over-specialization.

When you know a lot about little, you’re missing on the broader picture, crucial for staying in the game.

One of the things that people don’t realize is that entrepreneurs never sleep.

It’s partly the reason why so many start-ups fail, and why so many people prefer employee status. They don’t have to worry about regulations, product costs, investments, marketing, equipment costs, taxes, etc.

As a matter of fact, that’s the whole story behind “Why “A” Students Work for “C” Students.”

No one can say for certain that one thing is better than the other because it varies on a case to case basis.

You have all the flexibility in the world to make up your mind and do what’s necessary to achieve financial freedom.

We don’t believe that everyone is predestined to become an entrepreneur, but that doesn’t mean that you shouldn’t change your spending habits.

It truly is an important transition that will help you build your financial freedom and security.

Generalists are the money makers

It’s needless to say that to run a business; you’d have to have a broader outlook on the processes. To put it differently, you’d have to expand your field your expertise in order to lay down the rules and make profitable decisions.

Not too many people can do that!

Nobody said it was going to be easy.

And one of the biggest problems one can think of is – not having enough money to launch this twist.

Anyway, you don’t need a million dollars to start investing.

Without education a slave would always be poor.

People who are uneducated financially do not ask tough questions.

It’s estimated that the average American can survive less than a month without working. This is why millions cling desperately to a job and a steady paycheck.

The purpose of modern education was never to take the middle class and make them rich.