Over a century ago, Russell Conwell was famous for his traveling lecture in which he encouraged listeners to find the “acres of diamonds” in their own backyards. He was born in Massachusetts in 1843 and during the Civil War served as a captain in the Union army. He studied law, but became a Baptist minister and a popular public speaker. “Acres of Diamonds” was his most famous talk which he delivered over 6000 times! Making him one of the original motivational speakers.

At the heart of “Acres of Diamonds” was a parable Conwell heard while traveling through present-day Iraq in 1870 and in summary it goes like this:

Ali Hafed heard all about diamonds, how much they were worth, and went to his bed that night a poor man. He had not lost anything, but he was poor because he was discontented, and discontented because he feared he was poor.

Ali Hafed sold his farm, left his family, and traveled to Palestine and then to Europe searching for diamonds. He did not find them. His health and his wealth failed him. Dejected, he cast himself into the sea.

One day, the man who had purchased Ali Hafed’s farm found a curious sparkling stone in a stream that cut through his land. It was a diamond. Digging produced more diamonds — acres of diamonds, in fact. This, according to the parable, was the discovery of the famed diamonds of Golconda.

The point of the story is that we often dream of fortunes to be made elsewhere. We ought instead to be open to the opportunities that are around us. He illustrates this concept with several other stories, including that of the discovery of Gold in California. Another is a farmer in Pennsylvania sold his farm for $833 and went to work for his cousin in Canada, collecting oil. Shortly after, the man who purchased the farm found oil worth millions of dollars.

Now I’m not suggesting you physically go and start digging up your backyard, as this is a story, so how can you find the acres of diamonds in your own backyards?

Conclusion
Are you one of those people who looks for diamonds in faraway places. Is the grass really greener there? Is there an opportunity that has been in front of you all the time. Have you taken stock of your life lately? Perhaps there are diamonds sitting just outside your back door.

In reading Acres of Diamonds, I am also reminded of the biblical Parable of the Prodigal Son, who was wiser because he at least had the common sense to return home and beg forgiveness. Your diamonds are not in far-away mountains or in distant seas; they are usually in your own back yard if you will take the time to look for them.”

Ali Hafed had been standing on his own “Acres of Diamonds” until he sold his farm. 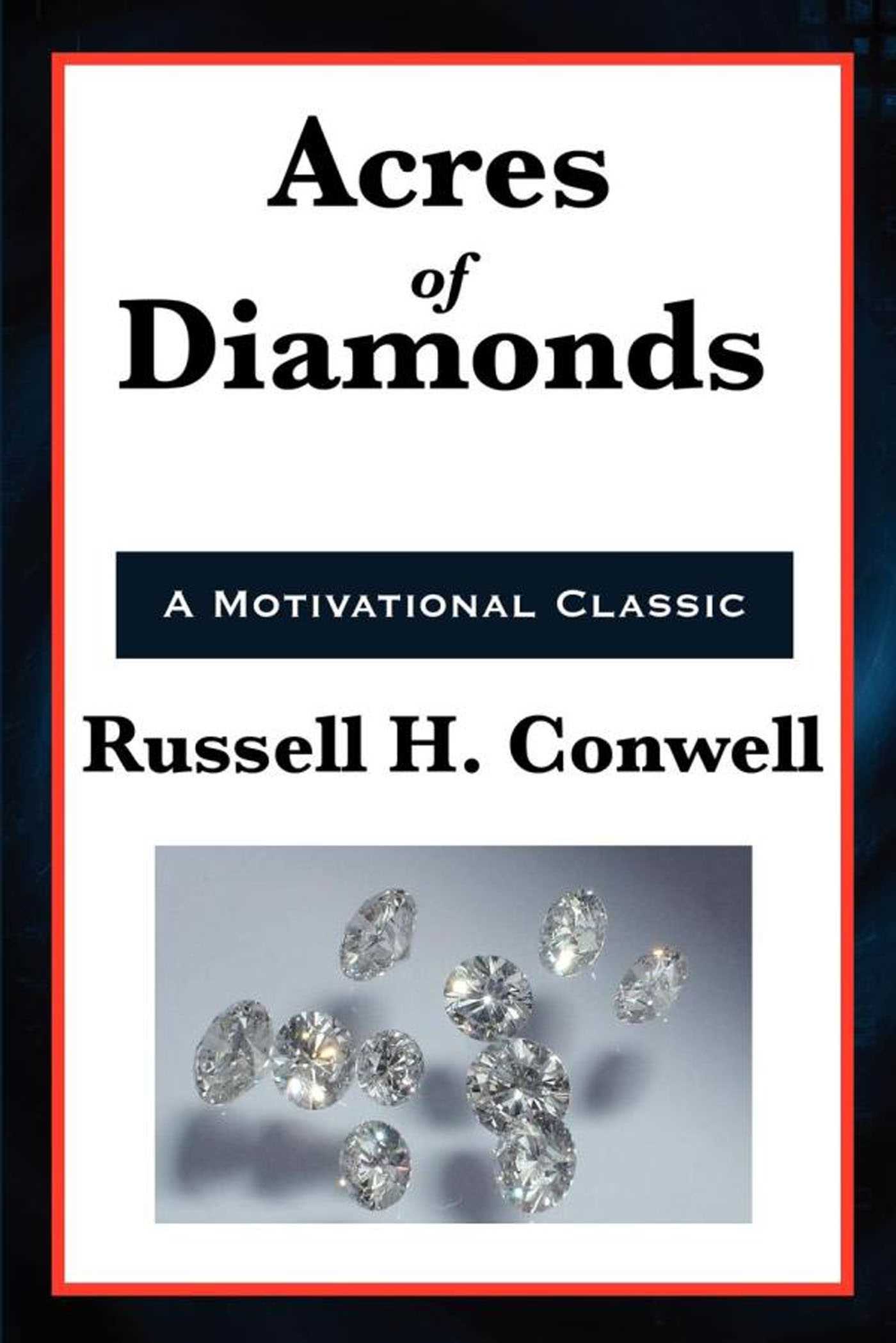 One comment on “Russell Conwell: Acres Of Diamonds Book Summary”