About Dalai Lama and Desmond Tutu

The 14th Dalai Lama is the spiritual leader of the Tibetan people and a Nobel Peace Prize recipient.

He was born in 1935 as Lhamo Thondup and renamed four years later as Jetsun Jamphel Ngawang Lobsang Yeshe Tenzin Gyatso, or Tenzin Gyatso for short. He became Tibet’s leader in 1950 and received his Nobel Peace Prize in 1989.

The current Dalai Lama is widely beloved and consulted on various questions.

Before that, he was one of the fiercest critics of the South African racist policies, and, together with Nelson Mandela, the most prominent anti-apartheid activist.

He won the Nobel Peace Prize in 1984, five years before the Dalai Lama.

“The Book of Joy PDF Summary”

To visit Tenzin Gyatso, the 14th Dalai Lama, and celebrate with him – though a few months early – his 80th birthday.

Now, Tutu isn’t a young man himself: four years older than the Dalai Lama, he was 84 at the time of this visit. At one point during their week-long conversation in Dharamsala, he even makes a joke about this: “You must shorten your answers,” he says to the Dalai Lama, who claims that they have plenty of time. “I am brief.”

It’s painful to think about it: unless someone ends aging fast, both of them – these two spiritual giants of the 20th century – will probably not be among us for long.

Now, we don’t really know what Tutu gave the Dalai Lama for his eightieth birthday. Fortunately, we do know what they both gave us afterward: “The Book of Joy.”

A kind of a structured transcript of their discussions in Dharmsala; and one of the most beautiful joint efforts to discover the nature of joy, the obstacles which stand before us to attain it, and the pillars upon which it is founded.

Expectedly, we didn’t hesitate for a second to include it in our list of best mindfulness books in history!

And, actually, that’s where the book starts: with a bittersweet discussion about the roots of its absence. Namely, mindfulness’ greatest nemeses. The obstacles to Joy.

Shut your eyes a bit: we’re going to list few words you dread!

Fear, stress, and anxiety. (Feeling nervous?) Frustration and anger. (Do you want to shout out loud?) Sadness and grief… Despair and loneliness. (Oh, how bad you want to hug someone right away…) Envy. (“That guy goes past yet again in his Mercedes-Benz…”) Adversity, illness, fear of death. (“And, you say, this is ‘The Book of Joy’, ha? Really?”)

That’s right –  you know them well. Some of them – very well. They are the things which make you suffer – on a daily basis.

However – and this is the key takeaway from “The Book of Joy” – Tutu and the Dalai Lama claim that, despite its “dark” side, suffering, although constant, is essential to life. As the authors themselves say: nothing beautiful comes without some suffering.

Because it allows you to experience the positive moments more profoundly.

In fact, if you know how to use pain the proper way, it can become a constructive force. And to experience suffering the proper way, you need to shift your focus from yourself to others.

Observing yourself, according to lo-jong, the Buddhist mind training practice, will only cause sadness. What you need in life is to build up a mental immunity. If you do it, you will still feel pain, but you will recover far easier.

But how do you build up such immunity?

Well, the first step is understanding the nature of fear and frustration. You need to understand that fears are not rooted in reality – they are facets of your mind.

When you do understand this, you will also comprehend that by shifting your perspective you can find joy in any situation.

Most of the time you will face events that you cannot change.

Thinking about them and letting frustration build up will only do you harm. The only way you can control is your own reaction. So, what you should do is to accept the situation and use it as an opportunity to grow. And master the art of patience.

Yes, we understand that this is easier said than done, but it is possible to let go of stress.

Because the basis of most stress is fear.

Fear of failure, of not getting what you want, of disrespect, or of others not loving you. Fear, if you leave it unattended, can evolve into anger and then decrease the quality of your life. Control it before it’s too late.

If you want to lead a better life, you need to cultivate happiness.

And you can do this by building upon a strong foundation. The one made of the eight pillars of joy: perspective, humility, humor, acceptance, forgiveness, gratitude, compassion, and generosity.

Compare yourself to those who have less. We’ve told you before: the very fact you’re able to read this article means that you’re more fortunate than about 4 billion people.

Key Lessons from “The Book of Joy”

The Nature of Joy

Most people would define joy along these lines: it is the absence of suffering. However, Tutu and the Dalai Lama think otherwise: they say that joy is what happens when you understand suffering.

It is all in your mind. You can think of suffering as something which hinders happiness – but, if so, be prepared to be unhappy. Because suffering is inevitable. If you can’t change it – why should you maximize its effects by worrying about it?.

Somehow, we think that the opposite is the only thing which makes sense.

The Obstacles to Joy

There are many things which may stand on your way to true joy. Fear, stress, and anxiety – almost on a daily basis. Frustration and anger – every time someone does something you don’t like. Sadness and grief… Despair and loneliness. Feelings which will inevitably come with some great loss. Envy – which makes you want more when you don’t really need it.

Adversity, illness, fear of death. You can’t stop them, can you?

The Eight Pillars of Joy

So, from now on – try to look at things from a different angle. Be humble and laugh out loud when someone’s making a joke about your faults. Accept reality when you can’t change it – and forgive those who harm you. Be grateful for what you have and feel compassionate with those who have less.

And be generous to them. It’s them who need some help to be happy. You already are.

Shout out to blog.12min.com for doing this written summary 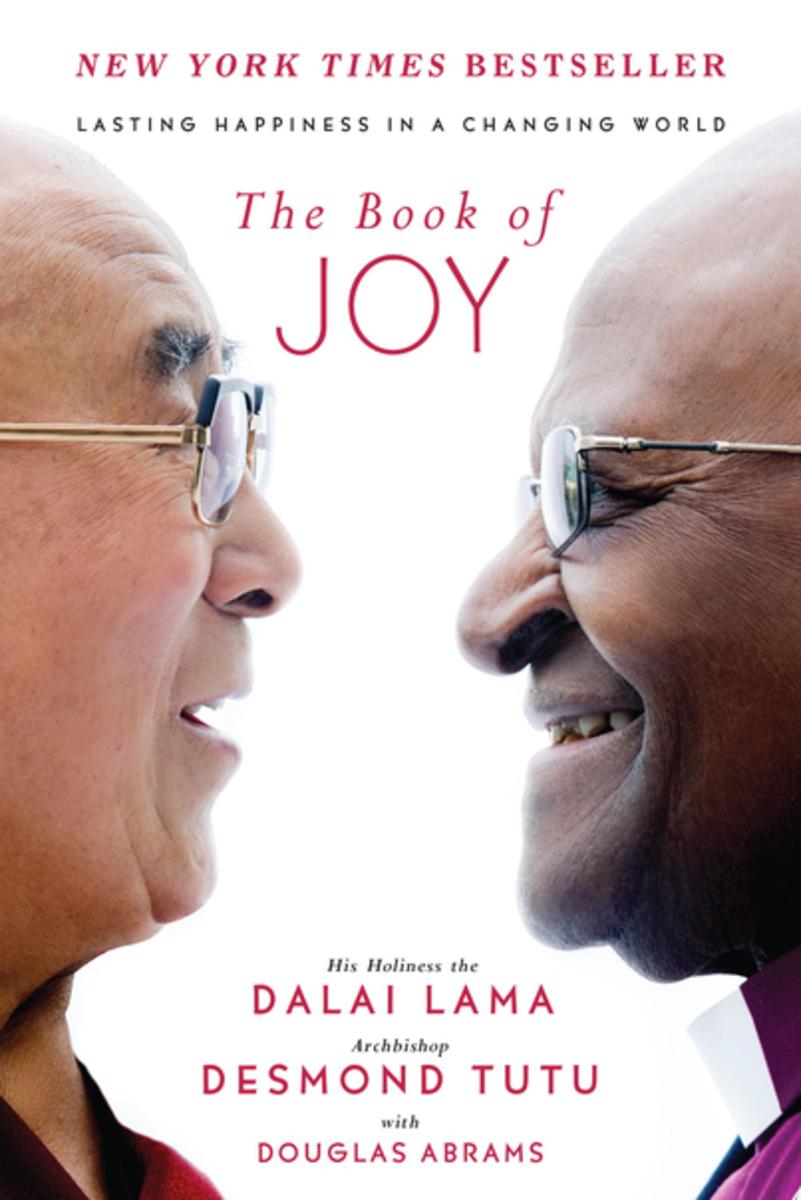