This is a book of memories.

And, as it usually happens with them due to our faltering memory, they are not exactly structured or consequential. Writing them on paper does help, but Knight doesn’t make it easy for his readers, expecting them to know everything he does at all times.

Even more: supposing they’ll be able to remember all of the names and their noteworthiness when they appear 50 or so pages later.

But, a summary is a summary for a reason. So, let’s extract only the main parts of Phil Knight’s 1962-1980 biography. More or less, that makes his memoir a story of one name, two companies, and three people.

It’s 1962 and Phil Knight is on an after-graduation around-the-world trip. In November 1962, he visits the Onitsuka Company in Kobe, Japan. Fascinated by the quality of their shoes and, moreover, their affordability, he arranges a meeting with Onitsuka’s executives.

He tells them that he’s a representative of Blue Ribbon Sports and that he’s interested in buying the exclusive rights for distribution of Onitsuka’s Tiger shoes in western US.

But, what he doesn’t tell them is the more interesting part and the stuff entrepreneur’s dreams are made of.

You see, Blue Ribbon Sports is not exactly a company. It’s a business operated by Knight in his parents’ house. And he’s not exactly a representative: he is, basically, the company. Many years before “Pre-Suasion,” Knight pulls a trick out of Robert Cialdini’s books on influence. And he does a heck of a good job!

The first two pairs of Onitsuka Tiger shoes are mailed by Knight to Bill Bowerman in an attempt to get an endorsement. He is the second most important person in our story, a legendary track and field coach at the University of Oregon and trainer of more than 50 Olympians.

He is, also, the co-founder of Nike, Inc.

Because, once he receives the shoe samples Bowerman doesn’t merely want to endorse them – he wants to take a part in selling them!

Soon, business is blooming and Onitsuka Tiger stops looking at Blue Ribbon Sports as an ally, but as a competitor. Cue the long legal struggles, and Knight’s and Bowerman’s attempt at Plan B: if they can’t distribute high-quality low-cost athletic shoes, why shouldn’t they create them themselves?

Fortunately, Plan B turns out to be even better plan than Plan A. And it is all due to Knight’s entrepreneurship skills, and Bowerman’s innovator’s brain. Have you ever heard of the “Waffle Sole”? Well, Bowerman invented it.

And that’s how “Nike” was born.

Oh… we’re running ahead of ourselves.

That’s how a pair of great nameless shoes was designed. But, in order to be registered at the U.S. Patent Office, it had to have a name. It came into a dream of the first Blue Ribbon employee, Jeff Johnson, a day before the paperwork was filed.

And it sure trumped what Knight and Bowerman had come up with: Falconbengaldimensionsix. (OK, that’s few names jumbled into one, but you know how it is few hours before a deadline…)

And that’s where the third person enters the story: Steve Prefontaine. A runner and a superstar. The second athlete to endorse Nike – after Romanian tennis great Ilia Năstase – and the first American to do so.

His story is remarkable in itself and we strongly advise you to read it. In the context of Nike, Prefontaine will always be remembered as the man who paved the way for, say, the Air Jordans.

And the man who started a long list of Nike sponsorships.

You know, the thing that led to you buying that now coveted pair of Nikes.

“Ask, and It Shall Be Given You; Seek, and Ye Shall Find”

Sure, the verse comes straight from the “New Testament,” but it’s also a sentence in any entrepreneur’s book! And Knight is no exception.

When he saw an opportunity with the Onitsuka Tiger shoes, he didn’t want to wait. He went there fearless, as a representative of a one-man company. It didn’t matter that Onitsuka was one of the oldest Japanese shoes factories.

It mattered that Knight wanted to create a future sports giant.

Be as Zen as You Can Be…

When it comes to Knight’s personal philosophy, he’s an ardent believer in the power of Zen Buddhism. He has used it to overcome many obstacles and achieve his career goals. He firmly believes that his ego is his enemy, and he has often tried to do away with it in order to make better decision.

Knight claims that these tactics have worked for him every time. And there’s no reason why you shouldn’t believe him.

Winston Churchill once said: “If you’re going through hell, keep going.” Phil Knight thinks the very same. His words are somewhat different (read them in the “Quotes” section), but the moral is the same.

In his opinion, this is not only a good advice. It’s the best advice you can get.

And the only advice you really need.

To buy the book, click the link or image below to purchase from Book Depository 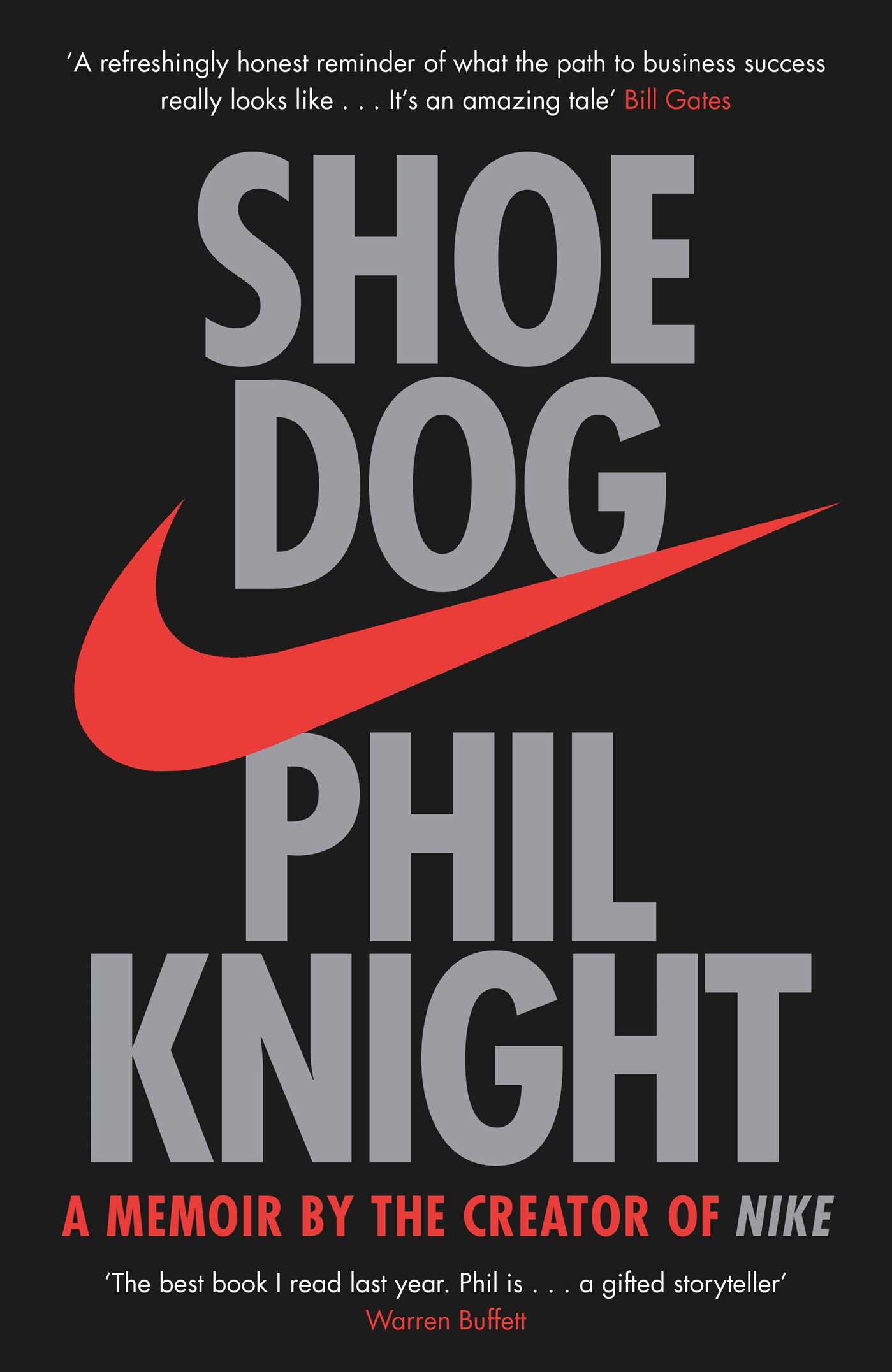 One comment on “Phil Knight: Shoe Dog Summary by”