Our basic nature is based on a hunter gatherer style living. Biologically, we’ve spent 99% of our existence as a species in a Hunter Gatherer state, and we have not evolved enough to adapt to not being in one yet. Many of our tendencies can be explained by this history.

We’re drawn to novelty because the unknown is potentially rewarding. We might gain some benefit from exploring it, so we’re drawn to it.

The Pilot’s Checklist to Avoid Fooling Ourselves

Upton Sinclair: “It is difficult to get a man to understand something when his salary depends on him not understanding it”

Munger: Recognize your limits, how much you don’t know. Don’t try to be the smartest, just the least dumb.

Feynman: “The first principle is that you must not fool yourself, and you are the easiest person to fool”

We tend to make fast judgments and then doubt ourselves when we start to think the answer might be different, we don’t like being wrong.

Seneca: “There is nothing wrong with changing a plan when the situation has changed.”

If you aren’t sure if you want to do something in the future, ask yourself if you would want to do it tomorrow.

Huxley: “Facts do not cease to exist because they are ignored.”

Buffet: “You don’t have to make it back the way you lost it, in fact, that’s usually a mistake.”

Know your goals and opinions, do you want this for emotional or rational reasons?

People would rather be wrong in a group than be right by themselves.

If everyone is on agreement on a decision, it’s better to postpone until someone can come up with a good argument against it.

You’re neither right nor wrong because the crowd disagrees, you’re right or wrong based on your data and reasoning.

Experts can be more convincing when we don’t understand them, we assume that means that they’re smarter.

The 7 Sins of Memory

Man finds nothing so painful as being in complete rest without work, diversion, or effort (Pascal)

What do you want to accomplish? Buffet: “There’s no use running if you’re on the wrong road.”

Socrates: “Awareness of ignorance is the beginning of wisdom.”

When we feel sad, we may want to change our circumstances so that we feel better.

Our cortisol levels rise the more when other people order us about.

The less we know about an issue, the more we’ll be influenced by how it is framed.

Three Pieces of Advice on Not Being Dumb from Munger

The Physics and Mathematics of Misjudgements

One way to reduce unintended consequences is to stop focusing on isolated factors and instead consider how our actions affect the whole system.

What key factors influence the outcome of the system and how do those factors interact? What other things may change as a consequence of some action?

Over optimizing one variable could cause the whole system to perform worse.

Avoid acting on symptoms, don’t mistake an effect for its cause.

Look at where the bullet holes are, and put extra armor everywhere else.

We often pay little or no attention to times when nothing happens.

Russell: “Uncertainty, in the presence of vivid hopes and fears, is painful, but must be endured if we wish to live without the support of comforting fairy tales.”

Post mortems are important in any project. What were the original reasons and assumptions? How did it turn out? Did you make errors in judgment?

Autocatalysis: A process in chemistry whereby once something gets going, it speeds up and keeps going on it’s own. This can’t go on forever, but it’s a useful model for finding ways where doing A can also get you B and C for a while.

Have a full kit of tools, go through them in your mind checklist style, you need to base them on fundamental truths in order to do the soundest reasoning.

You’ll also find functional equivalents between disciplines, the concept of viscosity in chemistry is very similar to stickiness in economics.

Create “one sentence explanations” for big ideas. “We get what we reward for.” “Energy is neither created nor destroyed, only changed from one form to another.”

A simple way to learn more about reality is to look around us and ask “why.”

Using precise numbers is frequently foolish, instead it’s better to work with a range of possible futures.

What counts in investing is not how much they know, but how realistically they can define what they don’t know. An investor needs to do very few things right as long as he or she avoids big mistakes.

Ask the right questions: “The formulation of a problem is often more essential than its solution, which may be merely matter of mathematical or experimental skill.” – Einstein

Avoid what causes the opposite of what you want to achieve, you must always invert.

Would you be willing to see your action on the front page of a newspaper, for everyone you know to see?

Live in the present, don’t be so concerned with the past or future.

Munger on Models: You need the best 100 or so models from microeconomics, physiology, psychology, math, hard science, engineering, etc. You just need to take the really big ideas and learn them early and well… but you must learn them so that they become part of your ever used repertoire, not just facts that you bang back to a professor. 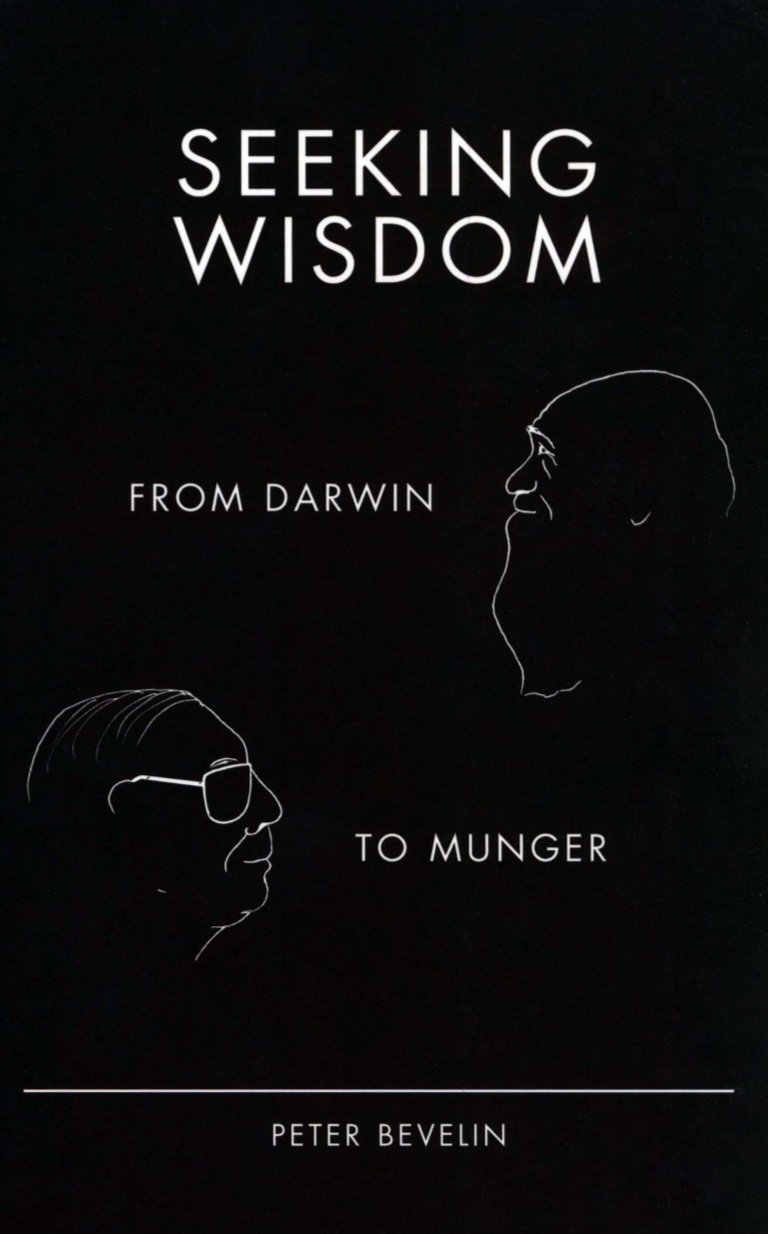