Why “A” Students Work For “C” Students

The Education System & The American Dream

School and education overall, sometimes fail to recognize the potential in some kids, case in point, Albert Einstein and Thomas Edison.

They were both labeled as insubordinate, headstrong, clumsy, and mixed up.

Nonetheless, they came out of the woodwork years later and revolutionized the world with their great inventions.

So the question is:

In the 2012 Presidential Election, Obama vs. Mitt Romney, you can clearly see why finances taught at home matter so much. Obama revealed that he paid 20% on his $3million income, while Romney paid 14% on his $21 million.

Many were infuriated, but it clearly can be attributed to the dexterity in finance, and lessons taught at home.

The lesson is – give your kids a head start by teaching them how to manage their finance to prevent them from squandering the hard-earned dollar.

Upon the mortgage market collapse in 2007, many young adults with college degrees had literally zero chance to find the high-paying six-figure job of their dreams. Driven by fear, parents began to caution their children of what would happen, if they didn’t attend classes and enroll in a University.

Meanwhile, education became even more expensive, and thousands of students were swimming in debt upon graduation.

For the first time in history, American people questioned the education system and firmly believe that the next generation won’t do better.

Why do we keep pressuring our kids to get a degree, when jobs are moving to low-wage countries? Why would anyone hire an American accountant, when you can simply outsource the work and get a much lower price? – It’s pretty simple to understand why the American dream is shattered.

Also, why financial education is not taught at school?

Robert asserts that education is key, but he harbors suspicions about the learning curve which seems to decline with each generation.

The “stay in school” slogan is starting to make less sense than ever. When Robert was just a boy, he would occasionally skip the chores to play Monopoly for hours after school. His dad would then come along, and tell him to stop wasting his time.

Robert Kiyosaki’s dad was a socialist (or at least leaning toward socialism); the average paycheck guy should you prefer.

Between the age of 9-18, he would go to the Rich Dad house and learn the process of running a business firsthand. He understood the true meaning of capitalism, and how we all benefit from other people’s skills and talents.

The endless stream of knowledge he received from being involved in the real deal from an early age, gave him the edge in real life.

Now you understand why so many people are graduating from college. The standards are lowered to the degree that almost any young kid who has no clue about his future can just sign the papers without understanding the financial burden of such actions.

Brace yourself for the future

You cannot help but notice that parents, and people in general, try to protect their children from the harsh reality of today. As the world progresses, new expenses and liabilities will incur, leading to even greater uncertainty.

Hence, many kids straight out of college cannot seem to fit in this workforce.

This leads to a backlash and the rise of a phenomenon known as “boomerang kids.” These are the kids who cannot survive on their own and are reliant upon their aging parents to take care of them. 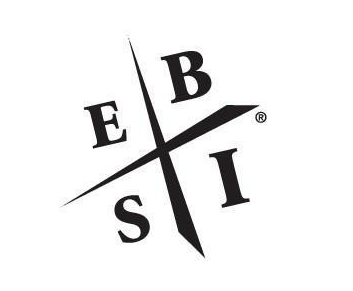 Quadrant E – Employees represent the majority of the workforce, and are mainly those who strive for higher paychecks.

Quadrant S – A large chunk of the people here are the “A” students such as doctors, lawyers, etc.

Quadrant B – The innovators, the business creators such as Steve Jobs, Bill Gates, etc.

Quadrant I – Active investors such as Warren Buffett.

Your mom and dad want you to fall into “E” or “S” quadrants, because it’s much safer, while the Rich Dad prepares you to take over the “I” Or “B” quadrant.

Investors and smart entrepreneurs prefer to remain capitalists who create jobs and value effort. It’s not too sketchy for them to find legal ways to pay less taxes. It’s simply a matter of finances not a matter of policies.

If you are keen to prepare your child for the battle lying up ahead, you have to make sure that you’re teaching them how to spend wisely and avoid unnecessary costs.

In all honesty, it’s never too late to change quadrants and start thinking critically.

Address the problem and start learning

Rich dad would say: Money problems can make you smarter, while Poor Dad dreads the idea of having money problems. You have to understand that long gone are the days when a person would get a job and spend 40-45 years in a single company only to retire and accrue various benefits.

The main bridge between wealthiness and poorness is how we handle the money problems.

In addition, let’s take a look at the windows of learning that Robert holds in high regard!

During this period, you’ll see whether the system comprised of both parents and schooling has taught you well.

You have to know where you draw the line by singling out the things which put money into your pocket and eliminating the ones that squeeze every bit of money that you earn.

“Bs” & “Is” focus on asset acquisition, unlike “Es” and “Ss” who are not prone to think critically. 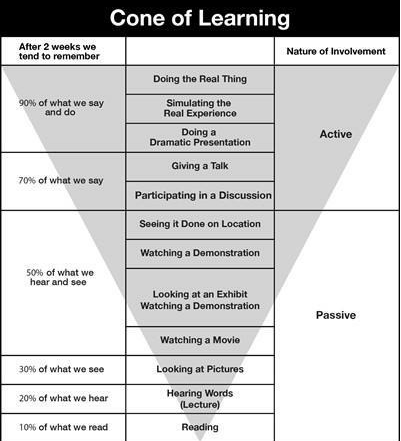 According to Albert Einstein Insanity is doing the same thing over and over again and expecting a different result.

It is insanity to say to your child, “Go to school and get a job,” when jobs are being shipped overseas or replaced by advances in technology.

It is insanity to say, “Work hard,” when the harder you work, to earn more money, the more taxes you pay.

It is insanity to say, “Save money,” when money is no longer money…but debt, an IOU from the taxpayers.

It is insanity to say, “Your house is an asset,” when it is really a liability.

Traditional education prioritizes content, not context. Context (person) holds the true meaning, and without it, content would not exist.

It’s about the traits and habits these people endorse, espouse and promote:

Rich Person or “Rich in the making” might say:

Why the rich get richer, and the poor get poorer? – The solution is in the three income solution:

Just utilizing the “ordinary” method will get you nowhere. As an example, take a look at successful athletes and lottery winners, who failed to transform their income and ended up broke. Giving money to a poor person is not a guarantee for success, it’s quite the opposite because they don’t know how to manage finances.

Well, mostly due to the fact that the school system only recognizes one intelligence.

In addition, let’s list a few to get an aerial view of the problem:

Last but not least, don’t make snap judgments and believe that geniuses are greedy. That’s probably the most misleading information about capitalists, who upon receiving strong financial education are more than willing to share their fortune in numerous ways.

Key Lessons from “Why “A” Students Work For “C” Students”

You might be a person in your late 30s or 40s, but that doesn’t stand to reason as to why you wouldn’t be a good candidate to shift your mindset.

Many entrepreneurs unanimously argue that entrepreneurship embodied into capitalism is a mindset, not a profession.

So, don’t feel discouraged to seize the world!

Yes, reading is essential but not as important as participating in debates, doing actual things and experimenting.

Don’t be deceived by the notion that once you arrive at the office, you’ll have all the skills because you’ve been to the best schools.

It’s just nonsense! The real drama begins once you become part of the dynamic of 21st-century capitalism.

Fill the shoes of a great leader

Even if your prowess at something is not at a level that is required, the very determination to take the plunge is all that it takes to make a difference.

In doing so, you’ll finally shrug off all the meaningless and trivial concepts that have poisoned you.

Unleash your potential by throwing yourself into the fire, and accepting the leadership burden.