“If you’d like to be good at something, the first thing to go out the window is the notion of perfection.”

“Know that your response to a mistake defines the audience’s response. If I respond to spilling water on my pants as if it were the sinking of the Titanic, the audience will see it, and me, as a tragedy. But if I’m cool, or better yet, find it funny, the audience will do the same.”

“never plan to use the full time given.”

“And it’s often the case that the things speakers obsess about are the opposite of what the audience cares about. They want to be entertained. They want to learn. And most of all, they want you to do well. Many mistakes you can make while performing do not prevent those things from happening. It’s the mistakes you make before you even say a word that matter more. These include the mistakes of not having an interesting opinion, of not thinking clearly about your points, and of not planning ways to make those points relevant to your audience. Those are the ones that make the difference. If you can figure out how to get those right, not much else will matter.”

“If you pretend to have no fears of public speaking, you deny yourself the natural energy your body is giving you. Anxiety creates a kind of energy you can use, just as excitement does. Ian Tyson, a stand-up comedian and motivational speaker, offered this gem of advice: “The body’s reaction to fear and excitement is the same… so it becomes a mental decision: am I afraid or am I excited?””

“But I don’t practice to make perfect, and I don’t memorize. If I did either, I’d sound like a robot, or worse, like a person trying very hard to say things in an exact, specific, and entirely unnatural style, which people can spot a mile away. My intent is simply to know my material so well that I’m very comfortable with it. Confidence, not perfection, is the goal.”

“The confidence that comes from practicing makes it possible to improvise and respond to unexpected things — like hecklers, tough questions, bored audiences, or equipment failures — that might occur during the talk.”

“Other ways to reduce physical stress include:

“We can minimize most of these fears by realizing that we speak in public all the time. You’re already good at public speaking — the average person says 15,000 words a day.”

“I realized that the crowd size is irrelevant — what matters is having a dense crowd. If ever you face a sparsely populated audience, do whatever you have to do to get them to move together.”

“As you plan your talk, start with the goal of satisfying the things listed below. People come because they:

“John Medina, molecular biologist and director of the Brain Center at Seattle Pacific University, believes 10 minutes is the maximum amount of time most people can pay attention to most things. In his bestselling book Brain Rules (Pear Press), Medina spends an entire chapter applying this theory to the challenges of teaching — the 10-minute rule is at the core of how he plans his lectures. He never spends more than 10 minutes on a single point, and he makes sure to structure the entire lecture around a sequence of points he knows the audience is interested in hearing. With enough study about the audience’s interests, and a 10-minute time limit, boredom can be kept at bay for an hour.”

“I can say, “I have 30 minutes to talk to you, and five points to make. I will spend five minutes on each point and save the remaining time for any questions.” That takes about 10 seconds to say, but for that small price I continue to own the attention of the room because they know the plan.”

“The simplest kind of tension to build and then release is the one I mentioned before: problem and solution. If your talk consists of several problems important to the audience, and you promise to release the tension created by those problems by solving each one, you’ll score big.”

Get the audience involved:

“When you enforce a popular rule, you reengage everyone who supports that rule. You restore your power and earn the audience’s respect. So, don’t hesitate to cut off a blowhard, silence the guy on his cell phone, and interrupt the table having a private but distracting conversation. As long as you are polite and direct, you’ll be a hero.”

Videotape yourself giving a presentation to weed out the problems with it. 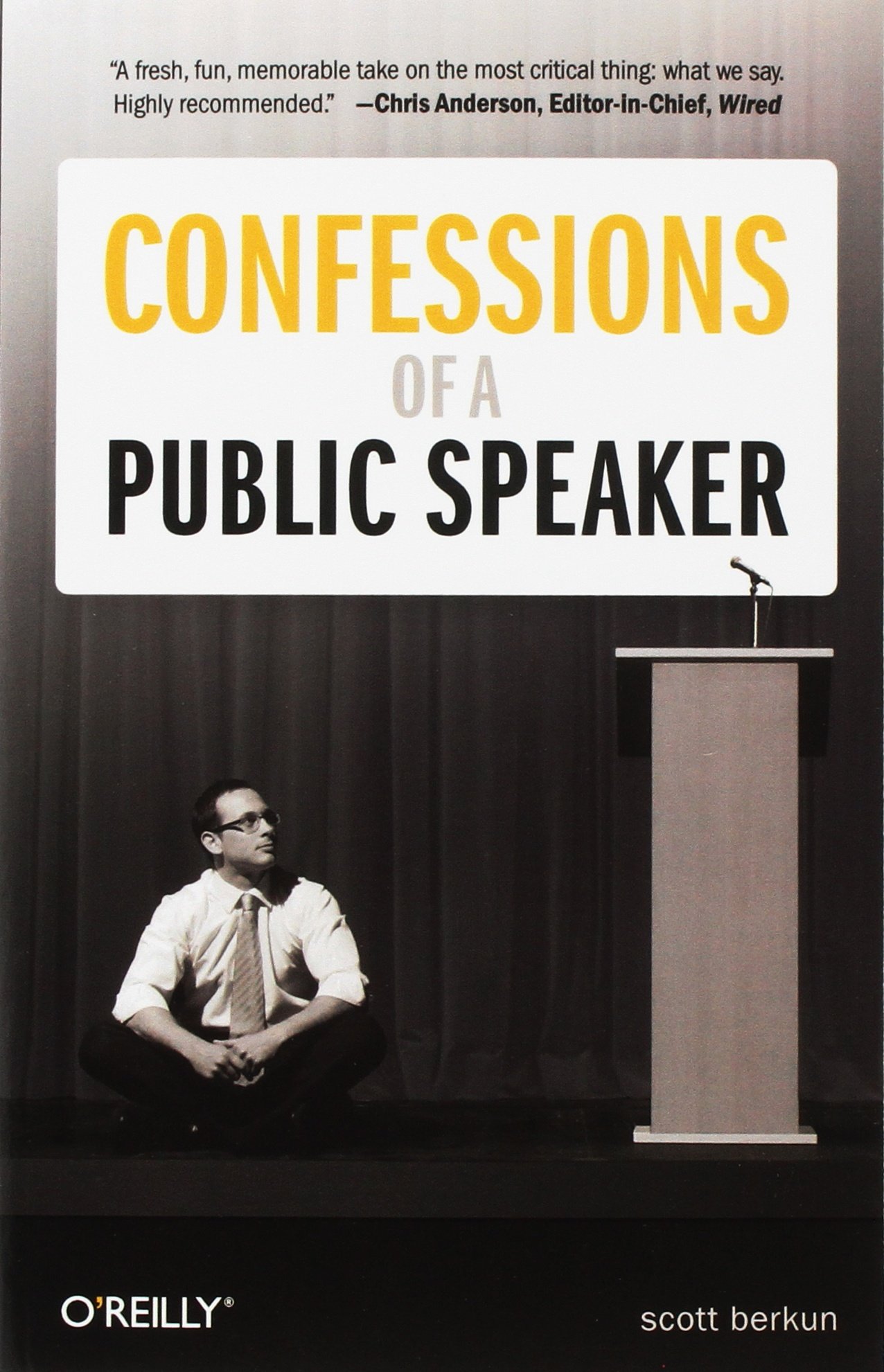